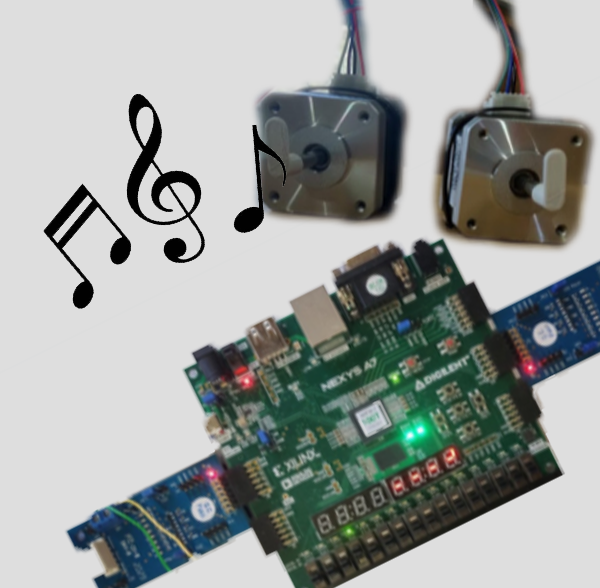 The inspiration for this project came from the humming sounds my Ender 3D printer made during its operation. I wondered, could you make music with these stepper motors?
‍
At the same time, I was taking a university course in Digital Systems.

Song Selection - Can use switches to toggle between multiple songs to be played. Selected song is shown on a 7-segment display.

Song Replay - The current song can be replayed with a button, or automatically when the song ends 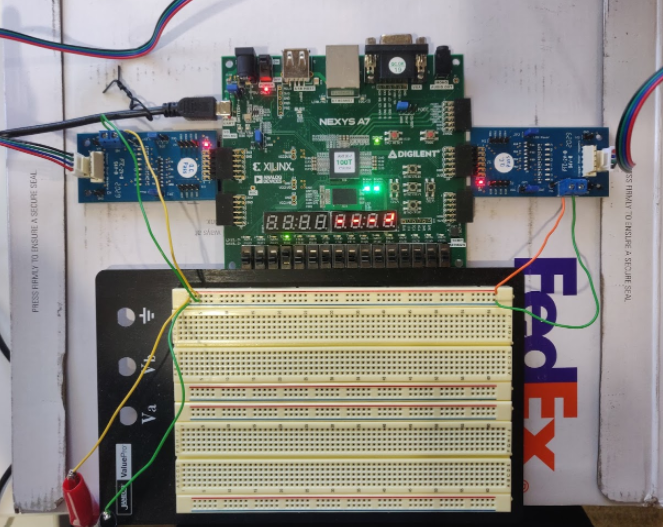 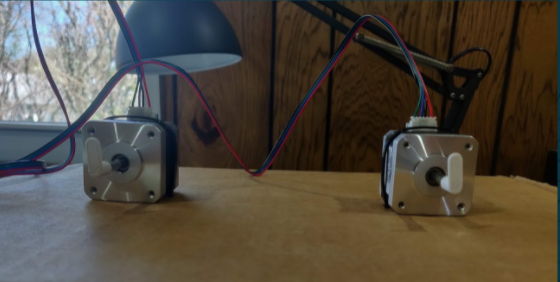 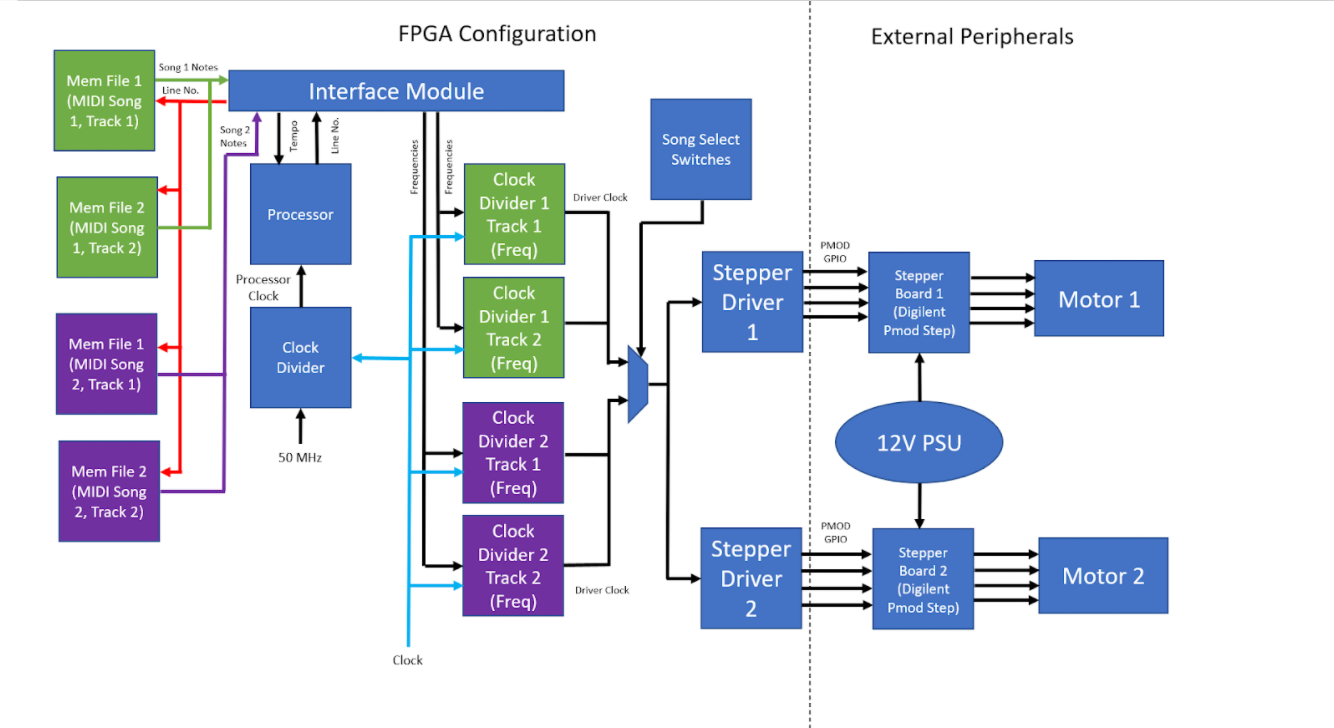 The core hardware includes:
‍
Digilent FPGA Board - This is the FPGA board that is configured for the digital design, including a fully-pipelined MIPS-based processor, stepper motor driver circuits (a state machine), clock dividers, and song memory.

Digilent PMOD Motor Driver PCB - Connects to the PMOD GPIO pins from the FPGA board, and has connectors to for external power supply to supply additional power to motor peripherals.
‍ 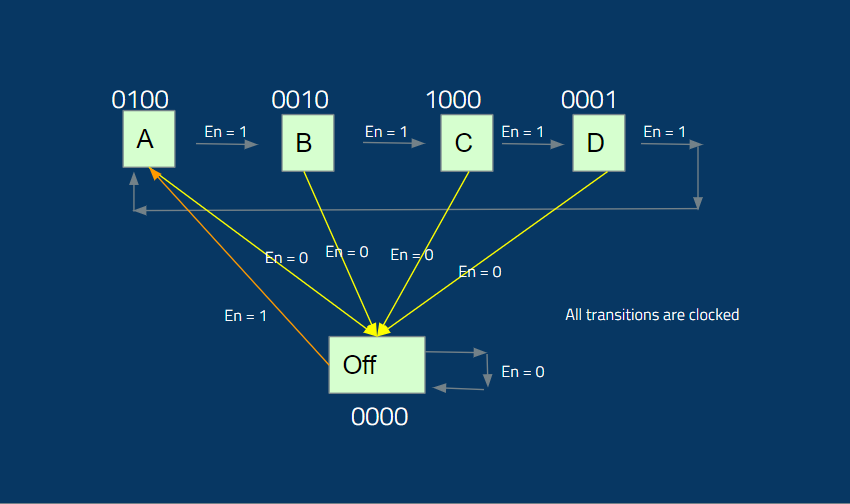 We wrote custom assembly code that runs on the MIPS processor, designed/written in Verilog and implemented in the FPGA. We used branching instructions to “slow down” incrementing of line numbers to the correct speed for song.‍ 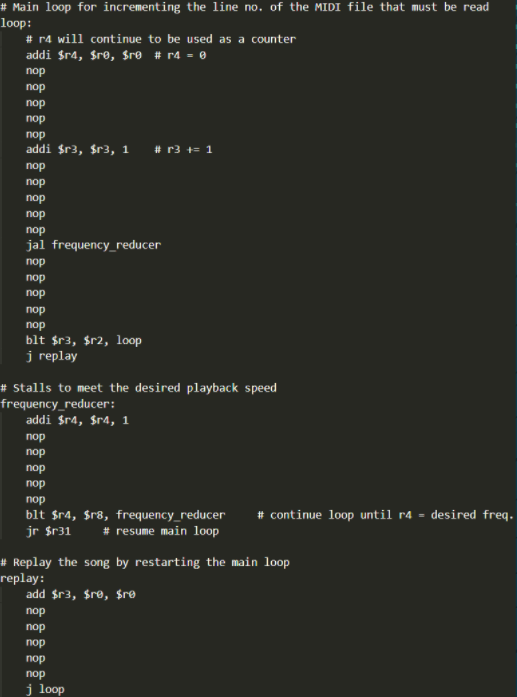