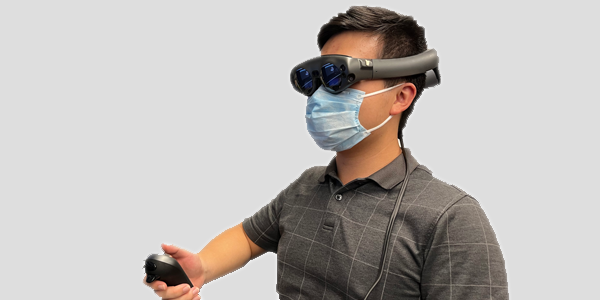 I am working as an undergraduate researcher in the Intelligent Interactive Internet of Things Lab in the Electrical & Computer Engineering Department at Duke. My project is about developing augmented reality (AR) to become more user-aware and adaptive. Specifically, the goal of my work this semester is to investigate the detection of user mental fatigue while using head-mounted augmented reality. This would be accomplished via eye-tracking, which has been shown to be successful at fatigue monitoring in applications such as driving, viewing videos, and performing other cognitive tasks. Some of these eye-tracking metrics include pupil measures, blinking, saccades, and fixation. I am designing and performing a user study to capture eye movement data with the Magic Leap One headset, and then creating a classifier to detect mental fatigue. The second aspect of my project will involve utilizing the eye-tracking results to investigate how AR content can be adapted according to the user’s cognitive state.

This is ongoing work and updates will be posted here in the future!